I realize that Apollo Academy e-books went up a little earlier than anticipated, but today marks its official release! 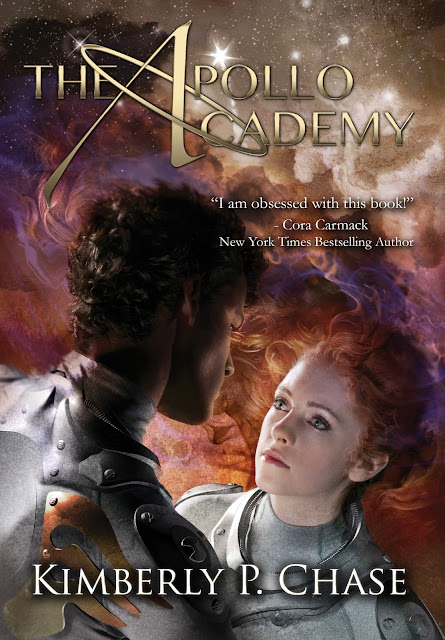 ABOUT: As the heiress to Titon Technologies, eighteen-year-old Aurora Titon can have whatever she wantsÃ³clothes, expensive gadgets, anything money can buy. All she really wants is to escape her pampered, paparazzi-prone life for the stars. Becoming the first female pilot to train as an astronaut for the Apollo Academy is exactly the chance for which she has been waiting. Everything would be perfect if it weren’t for her unreciprocated crush on a fellow student, the sexy astronaut bent on making her life hell, and the fact that someone keeps trying to kill her.

Early praise for The Apollo Academy:“I am obsessed with this book! Suspenseful, sexy, and just a great read!” -Cora Carmack, New York Times Bestselling author of LOSING IT.

Exquisite worldbuilding, thrilling suspense, and a sexy flight instructor! ChaseÃ­s exciting debut novel is one you donÃ­t want to miss.Ã® – K.A.Tucker, Author of Ten Tiny Breaths and One Tiny Lie
Available at Amazon